The months that followed my DCM diagnosis were challenging both physically and mentally. My energy levels were extremely low, by 10 am already, I felt like I had been sprinting a whole day even if I had only walked from room to room. 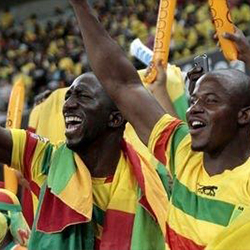 I was still adjusting to the medication. Luckily, in a short time, my body started responding well to my cardiologist’s treatment plan. I also made the necessary adjustments to my diet and my exercise regimen, realizing as I did so that virtually everything I had done previously had to be modified in some way.

It’s not like I hadn’t ever experienced health adversities before. 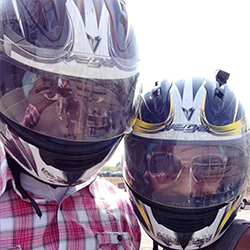 Since I had been playing sports all my life and was an active person by nature, I sustained multiple injuries over the years that required surgeries including on my wrist for a scaphoid repair and on my knee for an anterior cruciate ligament (ACL) repair. So, I had faced my share of other difficult circumstances medically as well. But as I weighed my past experiences against this new situation, it became quickly apparent that my heart condition was on a completely different level from anything I had ever gone through. The juxtaposition between my previous life and my current reality made it tough to deal with spiritually, too. Now all of a sudden, my thoughts turned to face death and realizing that all of my life projections would have to change. A week before, I had been living a normal young person’s life with relatively pedestrian personal and professional concerns.My first follow-up visit post-diagnosis was at six weeks, then another at three months. 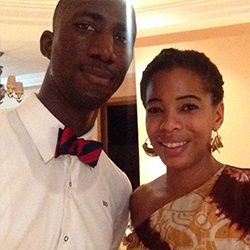 Happily, in these initial stages, the treatment was clearly on track—my symptoms had almost disappeared, and I was starting to get stronger. I was making steady progress in terms of my health, relationships, and focus. Though still limited in energy, I could keep up with my obligations in my work (as a technology and innovation engineer at a top internet services company in South Africa), my studies (earning a Masters Degree in Technology and Innovation Management from the University of Pretoria), and other commitments (launching and participating in a number of grassroots organizations and communities, including youth empowerment initiatives focused on community development and peacebuilding) without major hardship or significant interruption.

2013 Hoodie Sunday at the Gautrain Station

A year after learning about my oversized heart, I would write: “My heart condition has given me an inner strength I would never have found otherwise.” I had not let “the beast”—my not-so-affectionate nickname for DCM—define me, and I believed that despite the odds, I would succeed in slowly getting my life back on track.

1 comments
This article represents the opinions, thoughts, and experiences of the author; none of this content has been paid for by any advertiser. The Heart-Failure.net team does not recommend or endorse any products or treatments discussed herein. Learn more about how we maintain editorial integrity here.