Heart of a Giant Support System, Part 2: In Sickness and in Health

Editor's note: Part 1 of this series, Even a Giant Needs Shoulders to Stand On, can be found here.

I am very lucky to have great friends and, more importantly, a beautiful and supportive wife, Desirée (Des). I met Des when we both lived and worked in Johannesburg, South Africa. She is a Black American woman of Caribbean descent, who was born and raised in Boston. When we met in 2011, she worked in Strategy and International Development consulting. She is gorgeous, highly intelligent, full of life and passion, loves music and arts, and has a great sense of humor.

There no matter what

Des is very strong-minded, with great family values. She cares for other people and is someone you can count on no matter what the circumstance is. She can talk and communicate on a very open level without being criticizing. She makes the best of every situation with determination. We "get" each other. I can lock eyes with Des across the room and we can share the same thought without saying a word. She loves to be active and is very sociable. She is fun and often spontaneous (well, before I traumatized her with my illness and the kids, mostly the kids I would say). 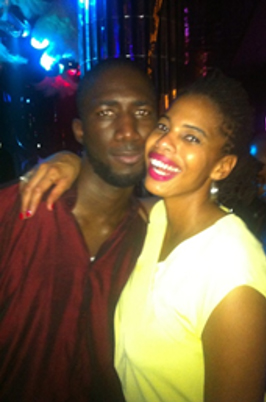 Des and me clubbing in Jo’burg, South Africa - August 2012

Des is more than my wife - she is my partner. With her, I feel unstoppable. Most importantly, she has the same great passion for making an impact on the African continent as I do. Our kids are lucky to have her as a mother, especially for the values she consistently passes onto them. I don't know what my life would have been without Des as my partner. Throughout all our trials and tribulations, she has been incredible - she's sacrificed so much and has worked so hard to support me while taking care of herself and advancing her career and our projects.

Life had no more flavor

When I think of living with my illness, I am often taken back to early December 2012 when I was first diagnosed at the Morningside Mediclinic in Sandton - South Africa. Des and I had met in May 2011 and started dating early January 2012. After a few months, we decided to move in together that October. We figured we’d move in together before taking things to the next level (marriage). 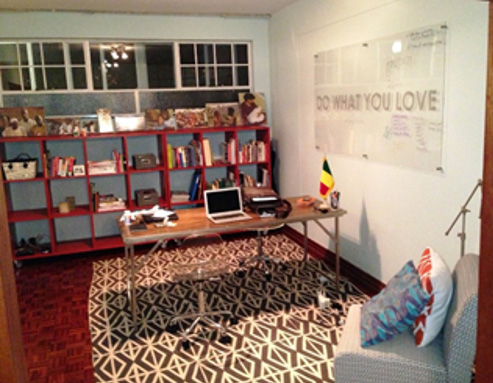 But, with my diagnosis, overnight I learned that I had the same life expectancy as my 95-year old grandfather. Long-term plans lost their meaning, life had no more flavor and I just wanted to disappear.

Her love saved my heart

If Des had decided to call it quits at that point, I wouldn’t have even been angry at her - it would have made total sense. I was so sick and so miserable that even I wouldn't have wanted to be with me! Yet, I'd look to my left and look to my right, and this woman was always there. For some reason, she still wanted to be with me. She insisted that I got enough rest or that I didn’t isolate myself too much - sometimes even to the point of disputes!

At that time, I can truly say that her love saved my heart. I slowly started to recover, adjusting to the therapy and becoming more and more active, and excited about life again. We showed to ourselves that together, nothing could stop us, not heart disease, not another challenge. We still had so much we wanted to do in life, we still had a lot to live for.
She still loves me through my darkest moments.

I'm so fortunate to have Des as my partner. She's been there every single moment, advocating for me, fighting for me, or even fighting me to do the right thing. I love her and I'm grateful to her.